The Möbius strip has several curious properties. A line drawn along the edge travels in a full circle to a point opposite the starting point. If continued, the line returns to the starting point, and is double the length of the original strip: this single continuous curve traverses the entire boundary1. This process naturally creates a continuous feedback loop, much like threat intelligence and security operations should. 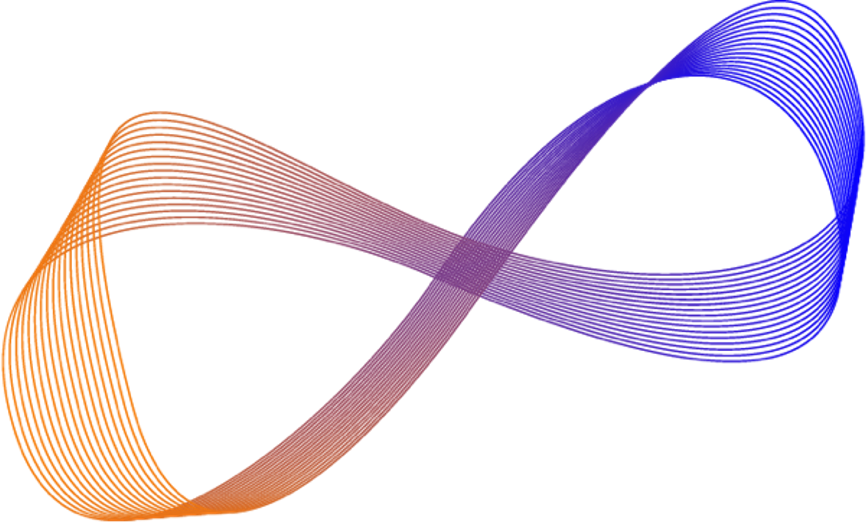 Intelligence and operations as functions on the security team should be cyclical and symbiotic. Intelligence informs decisions for operations resulting in actions being taken based on those decisions. Those actions (such as cleanups, further investigations, or other mitigations) will beget data and information in the form of artifacts such as lists of targeted or affected assets, identified malware, network-based IOC's, newly observed attack patterns, etc. These artifacts can be refined into intelligence that can thus inform decisions for future operations.

Orchestration is facilitating human and automated processes by integrating multiple security tools and systems. It should be the connective tissue that facilitates efficiency and scale across people, processes, and technology. Orchestration informed by threat intelligence is more effective, resilient, and adaptive. It uses available relevant information on threats and information about your own environment to adjust and improve your processes dynamically.

ThreatConnect helps you create your own single source of truth, enabling team members to assign each other tasks, work from the same data, and easily collaborate. ThreatConnect can also become your system of record, because it stores every piece of threat data, all of the additional context added to it, and all of your processes in one place.