The way electronic products are attacked is continually evolving. What used to be complex tasks requiring specialized equipment and/or knowledge are now possible with open-source tools and resources created by hackers for hackers.

We can take advantage of this widespread availability to more thoroughly break systems or to understand how our products might be approached by an adversary.

In this first ever, fully live Black Hat Video Webcast, Joe will provide demonstrations of common techniques that anyone can use to immerse themselves in the world of hardware hacking, reverse engineering, and embedded systems security. Come join the (virtual) party! 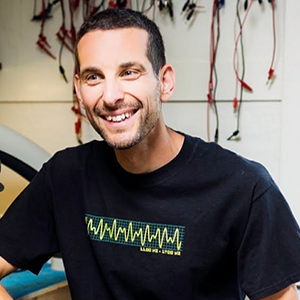 Joe Grand is a computer engineer, hardware hacker, and the founder of Grand Idea Studio (www.grandideastudio.com). He specializes in creating, exploring, manipulating, and teaching about electronic devices.

Also known as Kingpin, Joe was a member of the legendary hacker group L0pht Heavy Industries, where he helped raise awareness of the hacker ethos and the importance of independent security vulnerability research. He was a co-founder of @stake, an information security firm later acquired by Symantec, and Chumby Industries, which produced one of the first intentionally open and hackable consumer devices. Joe also brought engineering to the masses as a co-host of Discovery Channel’s Prototype This, which followed the real-life design process of a unique prototype every episode.

Joe holds a Bachelor of Science degree in Computer Engineering from Boston University in Boston, Massachusetts and a Doctorate of Science in Technology (Honorary) degree from the University of Advancing Technology in Tempe, Arizona.